Racelab's Classic department are responsible for some iconic classic race cars that are part of racing history from all over the globe, some of the cars are restored from the ground up, some raced and some just preserved in private collections.

Racelab are equipped with specialist mechanics and engineers whose day to day job is focusing on these historic cars. Below are just a few of the cars that we look after.

The subject of a painstaking seven-year restoration at the Zakspeed factory in Niederzissen, Germany the Capri Turbo was built for the Ford of Europe-backed assault on the Deutsche Rennsport Meisterschaft (DRM), the forerunner of the modern DTM.

Opened-up to the fearsome new turbocharged Group 5 silhouette racers in 1977, the DRM was too good an opportunity for Ford to miss taking on arch-rivals, BMW and Porsche on home ground. Intended for the World Championship for Makes, Group 5 rules dictated that the lines of the production model needed to be maintained above the wheel arches, the

suspension layout retained, and the engine taken from a production unit in the manufacturer’s line. This enabled Zakspeed chief Erich Zakowski and his team to be given a brief to create a pure-bred racing car. The raked windscreen and long lines of the Capri made it an ideal platform for creating a car to take the fight to the BMWs and Porsches. Lowered to the extent that the entire car barely came up to the sill of the original production model and dubbed the “Wunderwagen” by the press, the Capri Turbo would

weigh in at just 790kg. With its four cylinder 1.7 litre engine turbo-charged to 600 horsepower, the result was a fearsome, visceral, flame-spitting beast.

After legendary touring car driver Klaus Ludwig had jumped ship from Porsche to Zakspeed the previous year, the Capri put the opposition to the sword in 1981. Its advanced aerodynamics that included an F1-style, full-length ground effect venturi tunnel with flexible side skirts, combined with a 186mph top speed, more than compensated for

the 800 horsepower of the Porsches. In Ludwig’s hands, the Capri took the DRM title in Würth colours with 11 wins.

The Capri Turbo lived on as the basis for the IMSA Mustang in the USA and its engine formed the basis of the unit Zakspeed would later use for their foray into Formula 1 Zakspeed’s restoration of the Capri has been accurate in almost every way. All the

mechanical components are as original with even the replacement body panels re-made using the original jigs. 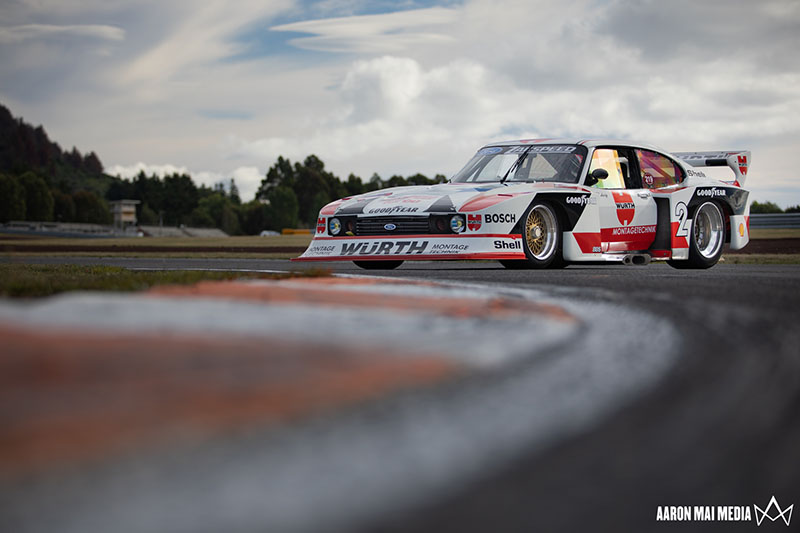 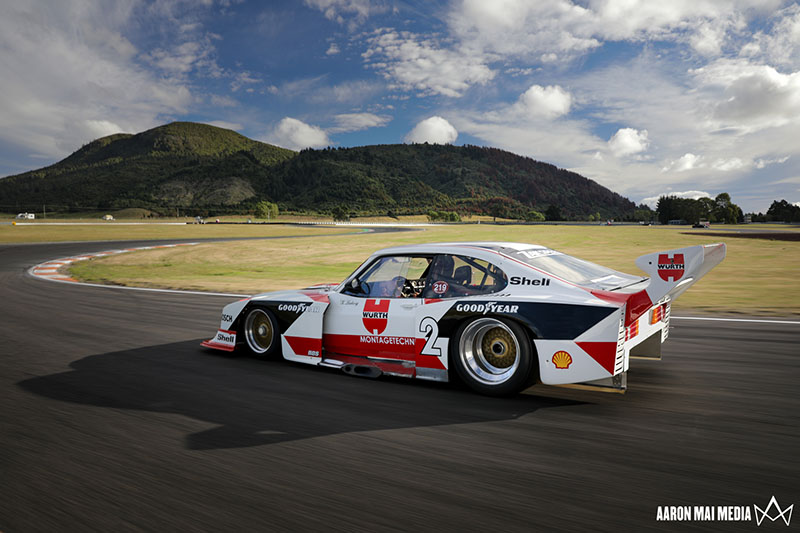 The 1977 Group 5 Escort is not only one of only five ever built by Zakspeed, it is probably the only genuine Zakspeed Group 5 Escort left competing anywhere in the world. Built initially as a Group 2 car and, after winning the championship, the Escort was converted by Zakspeed to Group 5 specification for Hans Heyer to drive in the 1977 DRM championship.

The Escort was discovered in Malaysia years later in a very sorry state by Christchurch race car engineer, Gary Wilkinson who brought the car to New Zealand and conducted a meticulous ground-up restoration of the highest standard. The Escort had ended up in Malaysia after being taken to Macau to compete in the famous Guia touring car race. It was then run by Ford of Malaysia where it gained some significant history to complement its European career.

Many of the car’s components such as the suspension uprights, bell-housing and differential housing were magnesium and had deteriorated to the extent Wilkinson had to re-make them or import replacements from Germany.

Restored as much as possible to 1977 specification, the Escort’s BDG engine retains its original 1975cc capacity and original Lucas 8mm fuel-injection system, producing 296bhp and 238Nm of torque.

The need for people to see such a very special car has included appearances at the country’s important historic motor racing events, the Hampton Downs New Zealand Festival of Motor Racing, the Lady Wigram meeting, the Skope Classic, and the Southern Speed Fest at Invercargill. 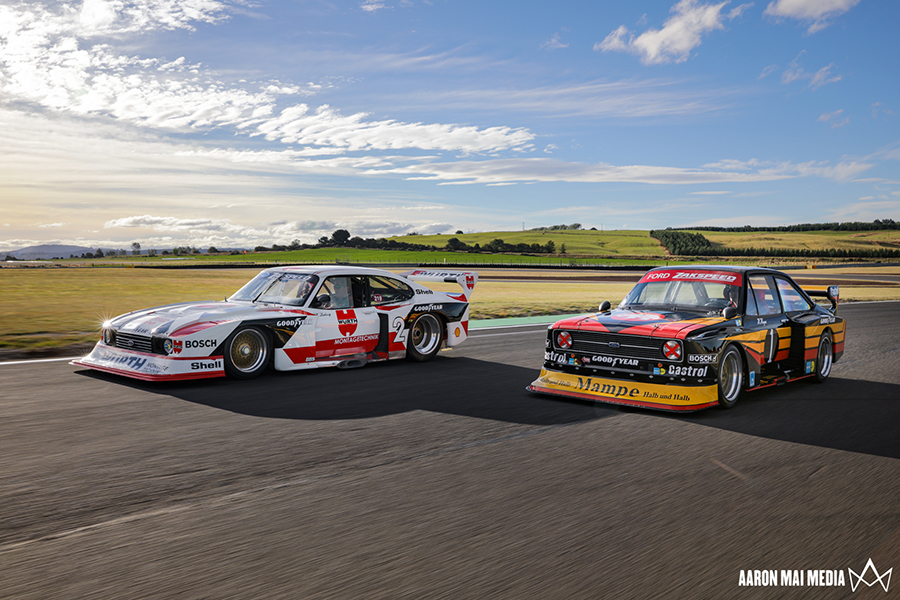